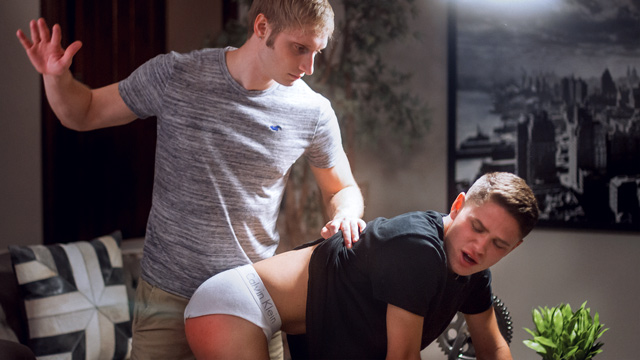 Very soon Carter cracks the boy’s can in various stages of undress and the tight bodied, tan twink’s tasty tush looks absolutely edible every single, smacking good second! After priming his boy’s booty with a heavy hand in tightly whities, Max muscles Dylan completely out of his drawers and demands an apology while he continues to annihilate that amazing ass of his. The boy’s buoyant bubble butt is absolutely beautiful and Max manhandles it like a master, spanking, rubbing and caressing each meaty, muscle cheek into submission. By the end of this scorching spank session, hottie Hayes’ hiney is hot red and scarlet ripe with repentance.